My Cal Poly Mustangs made it to the tournament for the first time this year. As a 16 seed, they are definitely a dark horse, so to speak. I wanted to see how much seed correlates with advancement through the tournament. Seeding is also important when filling out brackets - it is likely the only relevant data that a person has on a team. This information was not readily available so I compiled it from a few sources and built the following visualizations to illustrate it. Data is from 1985(first year of the 64 team tournament) to 2011.

Some interesting points and quick analysis:

% of Teams Remaining in Each Round by Seed

Makeup of Teams in Each Round by Seed 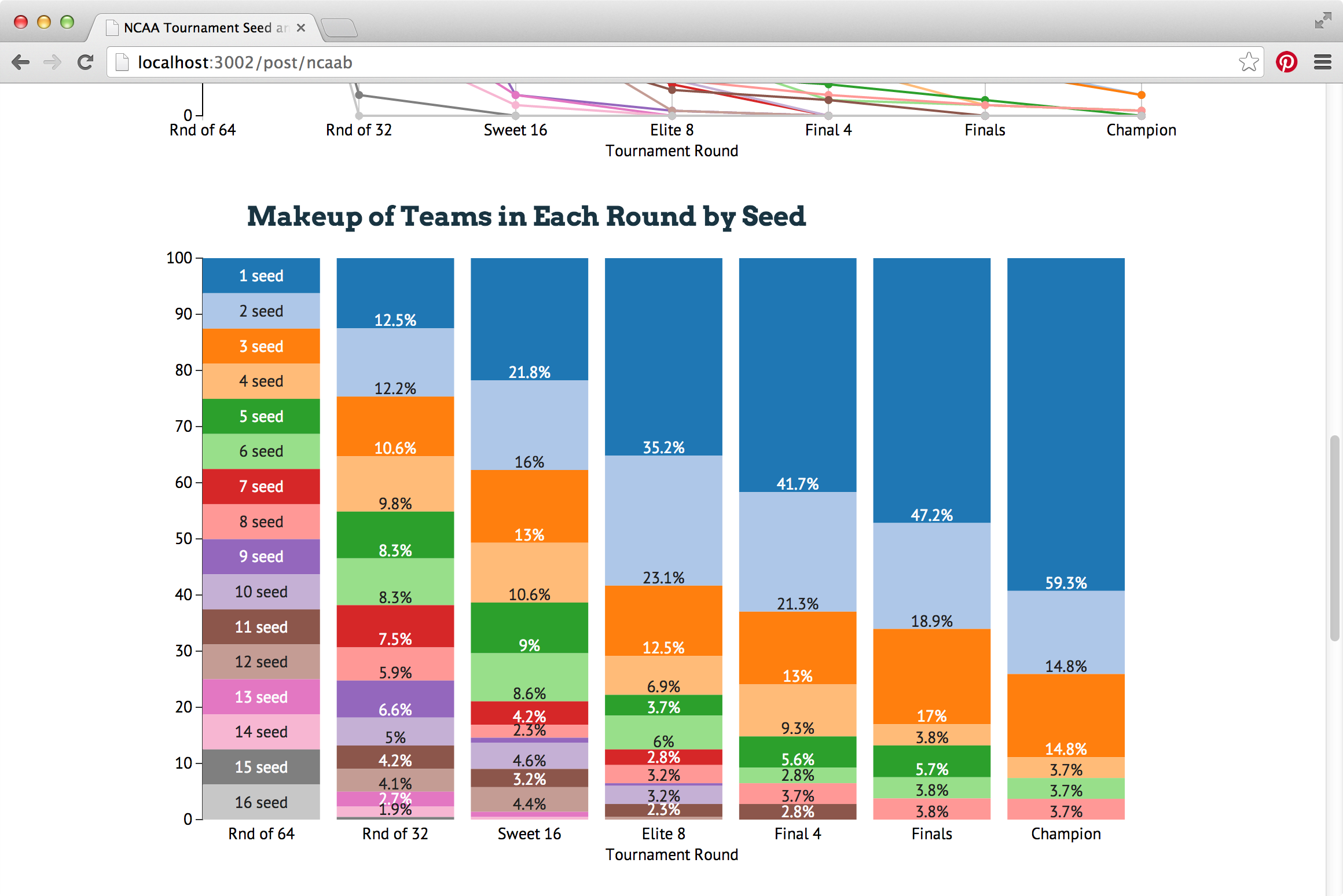