Note: works best on larger screens; interact by hovering over chart area and clicking the links to different views.

In 2015, there were 31 unique films at the #1 spot for weekly domestic box office sales.

The highly anticipated new Star Wars was the highest grossing film, grossing over $800M after four weeks in theaters.

The films with the largest opening weeks, in order were: Star Wars, Jurassic World, Avengers, Furious 7 and Minions.

The weeks with the most box office sales were during the holidays and in June, when Jurassic World debuted. 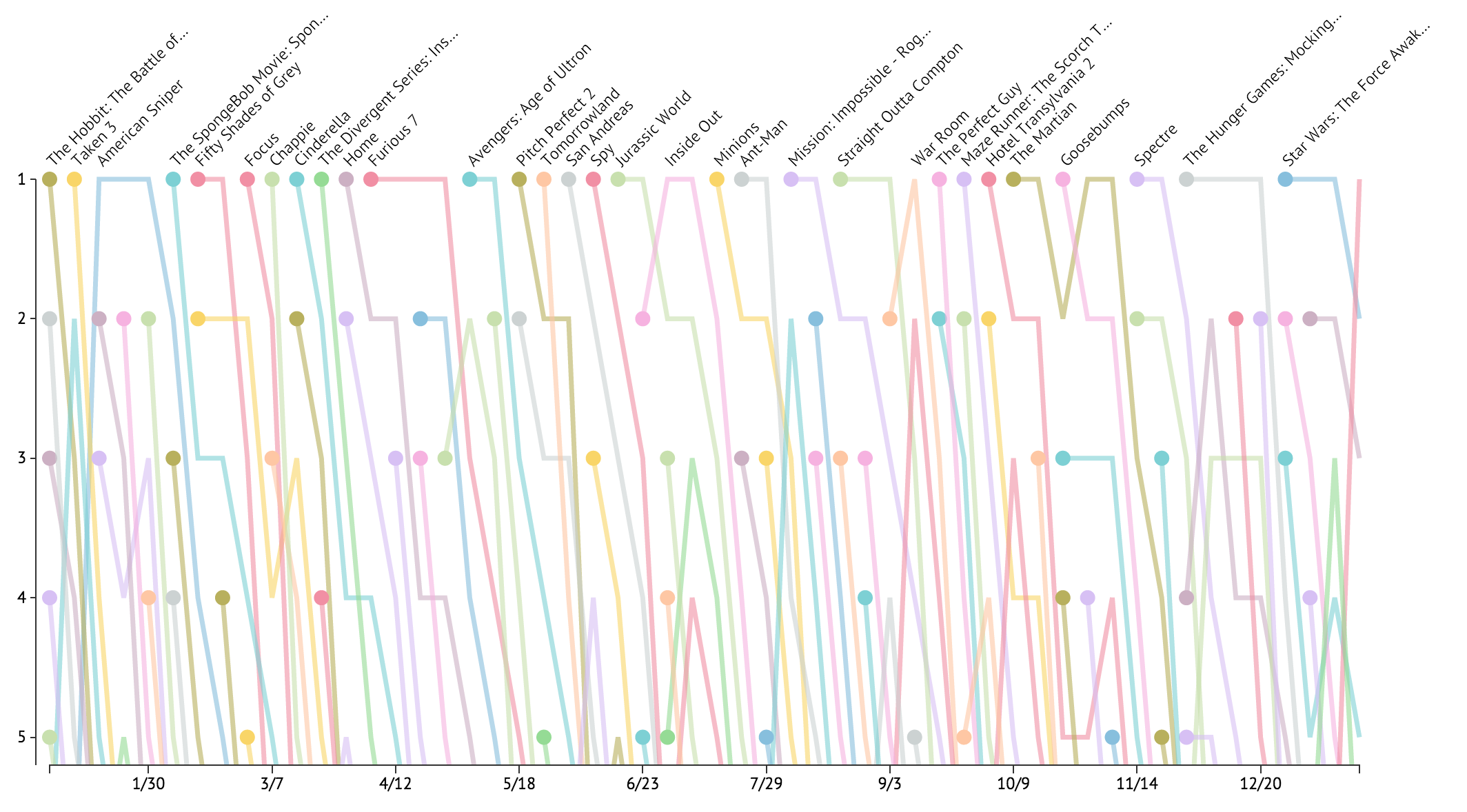