Drought and Historical Rainfall in California

It's no mystery that California is in a state of drought. Reservoir levels are low[1] and water allocations to farmers and water districts are zero or near zero[2]. There are plenty of maps and images depicting the drought and its effects on the golden state. Here is a data visualization to analyze the relative scope of the current dry spell.

The data set is of precipitation in Fresno, California. Fresno was chosen because it is near the geographic center of California. The data is segmented by month and runs from 1931 through Feb. 2014.

The green line is the typical rainfall value through Feb.(mouseover different years to move).

Note: this visualization looks best on a desktop or tablet. 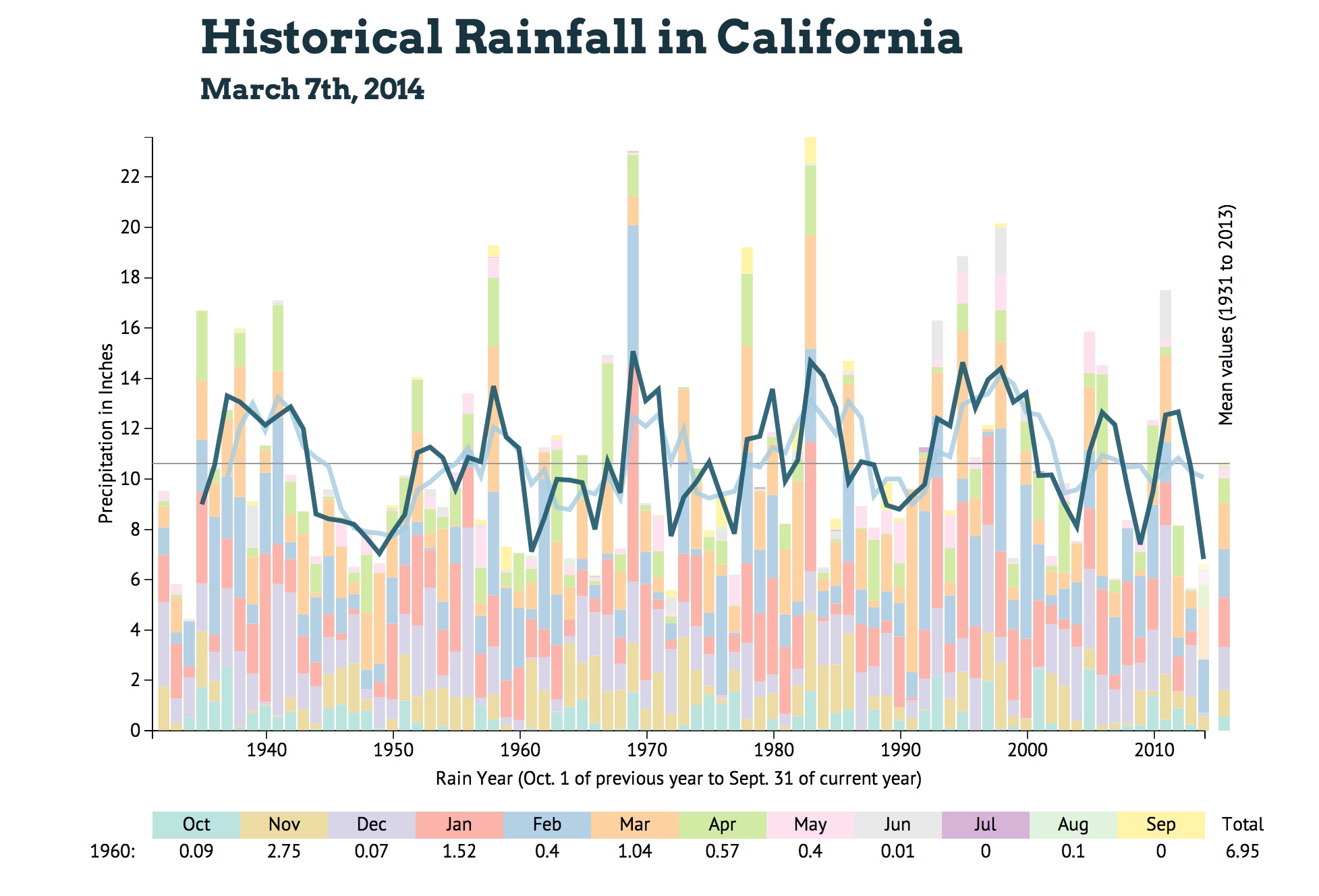